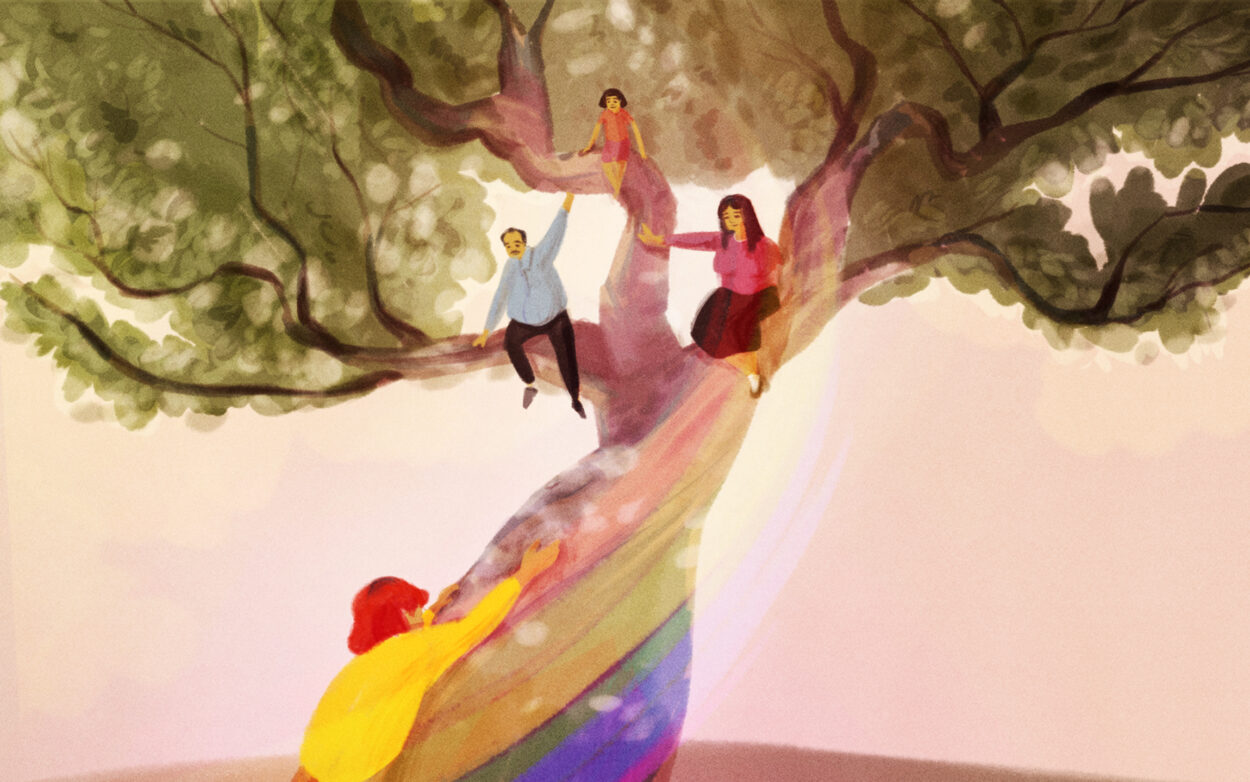 Every year, LGBTIQ+ people, who experience harassment and pressure, and sometimes even hate crimes, try to seek refuge and support from their families, but they are often left helpless. Their relatives either do not accept them or treat them with disrespect.

Feminist activist Fargana Abdulla is one of the victims of such an approach. She describes her relationship with her family as a matter of tolerating each other and says that she feels like a stranger at home and generally leads a double life.

“They have somewhat accepted that it is impossible to change me. I have also accepted them as people who are over their sixties. They can change very little. I changed them as much as I could,” she says.

24-year-old Fargana is a musician and actress. She attributes her creativity not only to activism, but also to her depression.

“Other people suffer from this, too. I mostly write about the things that people don’t talk about,” she says, noting that her next song is also related to LGBTIQ+.

A few years ago, her father asked her about her orientation, but immediately emphasised that they are friends. Nevertheless, Fargana had to leave his question unanswered.

“It had a good effect on my psychological condition at that time. But I could not say “yes”. I knew that if I did, my father would make me see a psychologist. Psychologists in Azerbaijan do nothing, but harm your psychology even more.”

Fargana says she had to hide her long-term relationship with her transgender boyfriend from her family and introduced him as a friend since her parents’ views on this matter differ much from hers.

“You definitely feel like a stranger at your own home. Your family is your loved ones, but you are a stranger to them. You hide your identity from them. You know you are in danger because of this identity. This is not only about danger. There are more frightening things than death,” she says, noting that only her sister supports her in the family.

According to her sister, who declined to disclose her name, their parents know everything but do not accept it. This issue is not raised at home at all.

“Unfortunately, oppression and insults against LGBTIQ+ people are going on in Azerbaijan. But I have not seen or heard of such pressures on Fargana. But if something like that happens, of course I’ll be one of the first to stand by her side. I will always support her,” she says.

In the annual report of the ILGA-Europe on the rights of LGBTIQ+, Azerbaijan ranks last among 49 countries for the last five years. When compiling this rating, the organization refers to the issues such as legal equality, hate crimes and hostile rhetoric, discrimination, and legal recognition of gender diversity. 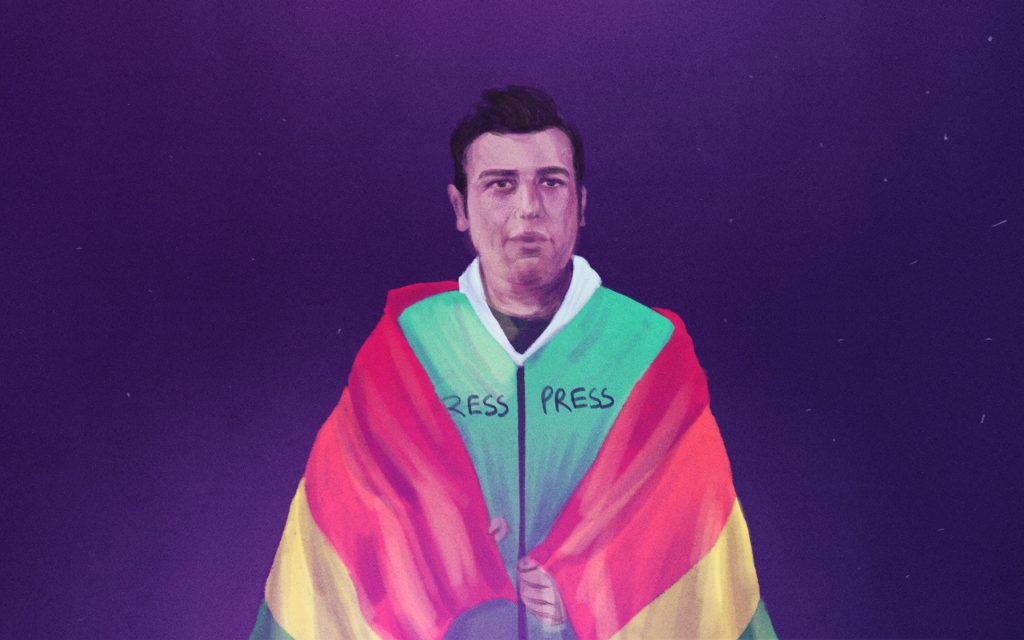 For example, the number of queers killed in the country has reached 3 in just two years.

One of them was Avaz Hafizli, a 24-year-old LGBTIQ+ activist and journalist who was murdered by his cousin Amrulla Gulaliyev in February this year. Gulaliyev stated in his testimony that the reason for the murder was that Avaz “was damaging the reputation of their entire family.”  The family members and relatives of the murdered Avaz Hafizli left his rights unprotected in court, with his mother and brother having divided views on this matter.

Thus, during the court hearings, Tabriz Shikhmammadov presented the person who killed his brother in a positive light in his brief statement emphasizing his kinship with him.

“We have no complaints. Even today, we have no problem with Amrulla’s family. We were two brothers and one sister. Since Amrulla grew up with us, we consider him as a brother, too. My family members have no complaints against Amrulla.”

However, his mother, Jamala Shikhmammadova, who was interviewed as a witness, asked that the person who killed her child be handed the heaviest punishment.

“Avaz used to dress differently from other children. But he would never harm anyone. He used to leave home in the morning and come back in the evening. When I left for the district in the morning, Avaz was sleeping. But when I returned, I saw his dead body. Amrulla killed him while he was sleeping. All his bedding was covered in blood. I want the most severe punishment for Amrulla. He killed my innocent child.”

Amrulla Gulaliyev was sentenced to 9 years and 6 months in prison under Article 120.1 (intentional murder) of the Criminal Code.

Lauren Abbasli, a 28-year-old transgender woman, says she never felt the need to tell her family about her gender identity. She thinks that her identity has been known to them since her childhood and that is why they have never turned their back on her.

“Having made my feelings about my orientation evident since childhood has resulted in the happiness of being with my family. My family accepted me because they watched me step by step,” Loren says, adding that although sometimes she had a cold relationship with her father, they reconciled later.

“My father was the last to accept it. My mother accepted me just because I am her child. She just told me “you are my child. I will always be by your side.” My father later said, “The main thing is not to see him doing wrong things.” If you are struggling with life, we will help you,” he said.

Lauren says that having the support of her family is very important to her.

“You know how I would feel if I didn’t have their support? When a tree root dries up, its branch breaks off because it is not fed with minerals. If my family dried up that root, I would feel like a broken branch of a tree. That would really hurt me. I’m happy that this branch is still on that tree, it’s still alive, it’s still leafing, it’s still blooming,” Lauren describes.

The situation in the family of 30-year-old Ravan Nasimi, who currently lives in Spain, is somewhat different. Both the brother and mother of Ravan, who came out in 2012, accepted it as normal and supported him.

“My brother and mother accepted it as normal. My mom just asked if I had a physical problem. After I explained everything to her, she said that the main thing is that I feel happy and healthy. That’s what is important to me. But my brother remained silent until he got engaged,” he says, adding that after some time, that is, after his brother got married, the situation changed dramatically.

“I don’t remember exactly. If I’m not mistaken, he threatened me with a knife in 2017. I don’t have any contact with my brother at the moment,” he says, adding that they keep in touch only once a year on his brother’s birthday in a very cold manner.

According to Ravan, the support he receives from his mother means a lot to him, for example, for openly engaging in gay activism in Azerbaijan.

“When you know that you have a family behind you, there is no problem with them, they love you no matter what, they will fight for you, then the society will not dare to crush you. That’s why my family’s support gave me great strength. This is a unique thing.”

Elnur Musayev, the social worker of the Gender Resource Center which is a feminist and queer platform, says that most of the appeals to the center come from queers, but there are also parents who call the helpline.

According to Elnur Musayev, parents do not know how to react or behave in families where there is little or no communication.

“We may be able to fix this gap in their relationship by referring them to a psychologist or a family therapist,” he notes.

According to Musayev, the coming out stage is very important. Therefore, the queer person themselves must first go through therapy and determine their needs.

“The important thing is that this process goes on in a healthy manner, for a parent, for a child and for a queer person. If it does not happen this way, we see in many cases that parents either kick their children out of the house or do not allow them to leave the house. They are trying to take away many of their rights.”

Psychologist Jamila Rahimli notes that the importance of family in human life is not the same as what the people have been taught. According to her, the important thing is that the person can choose the environment that loves and values them as they are.

“It is one of the basic needs of every person to be loved and accepted as it is. A person whose personality, appearance or gender identity and sexual orientation is not accepted by their family may think that they does not deserve to be loved as they are and may experience difficulties in life, relationships and work. This difficulty can be overcome even without the family, with new and supportive experiences that change those beliefs”, says the psychologist, adding that although it is important to have family support, it is also possible for a person to get this support in other ways.

“These sources of support can include friends who make you feel loved, romantic relationships, and jobs and activities that show you what you are capable of doing. At the same time, psychotherapy support can be a tool to help a person see that he is loved and valued as he is.” 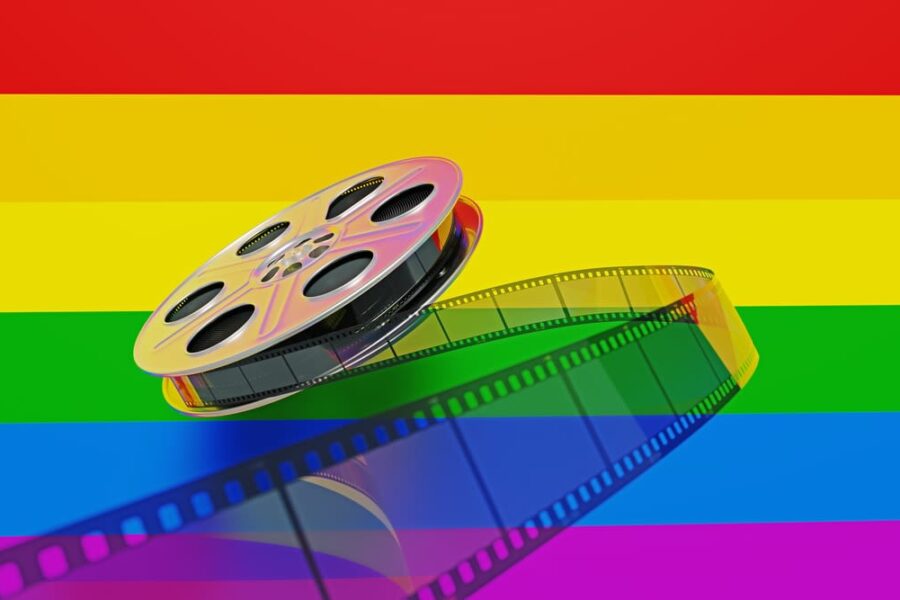 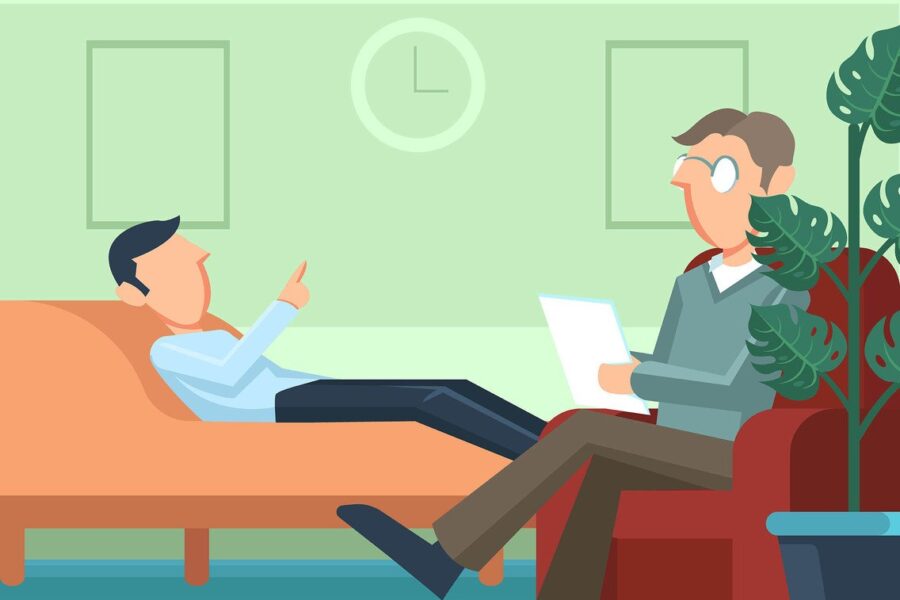 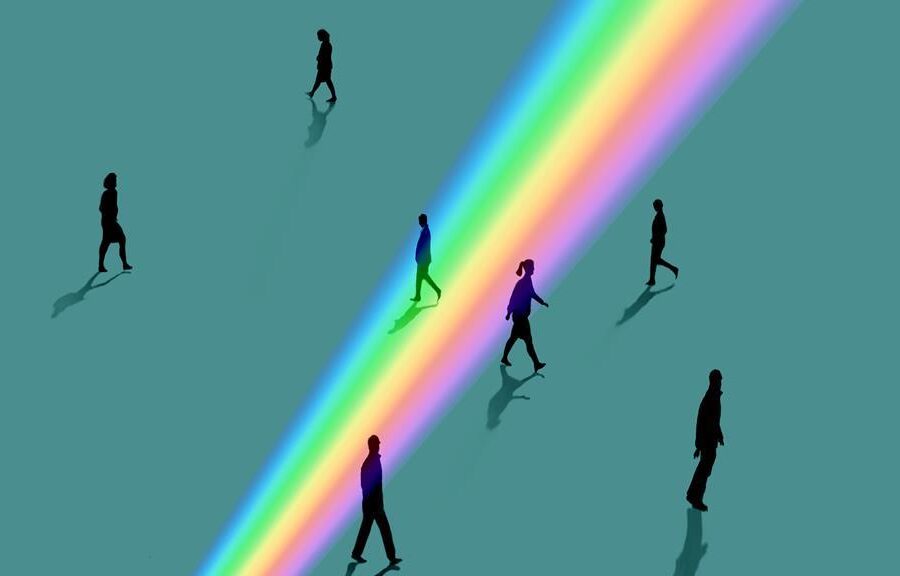